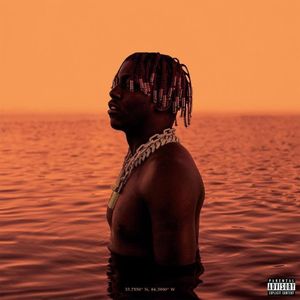 Jacobs Crackers. If I had to try and describe the experience of listening to Lil Boat 2, I would compare it to the feeling of attempting to eat a packet of unbuttered Jacobs Crackers. Both are mundane, predictable and at times borderline painful. Lil Yachty’s second studio album opens up with a spread of entirely forgettable songs, which can’t even be salvaged with the help of A-List features, including  2-Chainz and Quavo. The first five tracks, Self Made to Get Money Bros, all have the most generic beats imaginable, peppered with rattling high-hats and the occasional deep 808, with absolutely no substance. Paired with the flimsy lyrics from Lil Yachty, which is a combination of braggadocious boasting about his new found riches and generic ad libs, it’s a struggle to make it through the first third of the album.

Continuing to describe his new cars, clothing and women in the track She Ready featuring last years XXL Freshman PnB Rock, Yachty attempts to rip off his most successful hits of 2016, completely stealing the same flutey melody found on iSpy and Broccoli.

The second half of the album evolves into more compelling beats such as the more darker sounds of DAS CAP and NBAYOUNGBOAT, but any redeeming quality is lost by the atrocious lyrical quality and tedious flows. Perhaps the strongest track on the project is Count Me In, where Pierre Bourne’s angsty production works with Lil Yachty’s delivery, but unsurprisingly its no where close to redeeming the project. The album begins to draw to a close with the penultimate track BABY DADDY, which features guest verses from Lil Pump and Migos’ Quavo. With their combined past material, a listener might make the assumption that the track will be aggressive and packed full of energy, but instead are greeted with a sluggish homage to the trio’s drug use.

As the album stumbles across the finish line with an atmospheric and very forgettable track with Trippie Redd, I’m left wondering what the purpose of this project is. It brings absolutely nothing new to the table sonically or technically, and ends up sounding like a soulless, corporate bargain bin version of the original Lil Boat. Don’t bother listening to this project, there’s better things to do with three quarters of an hour; pretty much anything else.